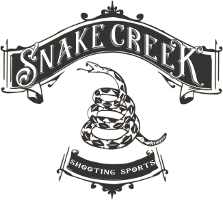 Training isn't worth anything unless the training is administered by instructors that not only know the subject but have also LIVED the subject.  All of our instructors are professionals in their discipline and have proven themselves in real ife situations.  Here is a little information on our decorated instructors.

Latif continues to dedicate his law enforcement career to coordinating, facilitating and instructing peace officers, corrections and security  personnel. He truly has a passion for teaching.

After ten years with the Tulsa County Sheriff's  Office, Latif currently holds the rank of Corporal with the Tulsa Housing Authority Unit. In addition, Latif serves as an Assistant Team Leader on the Tulsa county SWAT team.

After almost 8 years of either teaching or assisting in the law enforcement training division, Latif created Alpha 1 Tactical LLC to give law enforcement, security, military, and private civilians access to intermediate and advanced training at an affordable price.

Preston is one of the Range Safety Officers at Snake Creek and is also an instructor!  With his military background and his decication to securty details, Preston has the real life knowledge needed as an instructor.  Be sure to read a little about his background!

I started out my Basic training at Camp Pendleton, CA.  After basic I remained at Camp Pendleton for Marine combat training where the basics of infantry training, land navigation, team movement, breaching room clearing are taught as well as advanced training in small arms and crew served weapons.

I later moved to Camp LeJune, NC for Marine Combat Engineer School on the demolitions side where landmine warfare was taught. Specialized demolitions for urban breaching using various techniques under many different conditions.

Volunteered to attach with 1st Marines in order to go to Iraq in 2004. I jumped between 3/1 and 1/1 in Fallujah, Iraq patrolling, running convoys and convoys security. Was involved in the battle of Fallujah 1 (Operation Vigilant Resolve 4 April-1 May) after the black water contractors were murdered, burned, hung on a bridge and dragged through the street. Performed house to house clearing, small unit close quarters combat, foot and vehicle patrols. Battle of Fallujah 2 ( Operation Al Fajr and Operation Phantom Fury 7 Nov-23Dec) largest urban battle since Hue City, Vietnam 1968. Non stop counterinsurgency operations, combat against heavily fortified positions. Jumping between multiple infantry units for breaching and clearing purposes, fire team leader of a quick reaction force. Force protection and close protection skills. Requested an extended tour of duty when 5th Marines was coming in country.